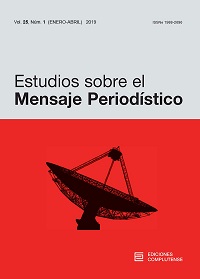 Ongoing downsizing in the media sector has sparked a new start-up culture in the field of journalism. Over the past few years an increasing number of news organizations seeking to leverage social and symbolic rather than financial capital and cultivate employee as well as audience loyalty have entered the market (Wagemans, Witschge and Deuze, 2016). This paper examines El Diario (eldiario.es) and El Confidencial (elconfidencial.com). Qualitative methods involving the on-site observation in their newsrooms and semi-structured interviews with their journalists were employed.

Findings indicate that both see themselves as alternative news providers whose emphasis El Diario draws heavily upon the symbolic capital of its founder Ignacio Escolar, El Confidencial, has banked primarily on its social capital.