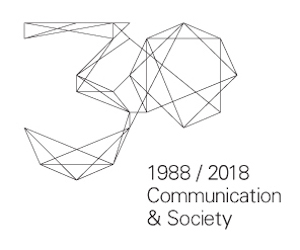 The use of Twitter as a tool for mobilisation has made digital social and political activism a growing area of interest in communication research. Scholars have underscored the effectiveness of Twitter in galvanising the opinion of broad sectors of the public and expressing the indignation of average citizens on issues of social concern (Bruns et al., 2015; Martínez, 2017). The rise of feminist social media activism has prompted a number of studies on the feminist movement’s use of hashtags to foster online conversations on specific issues (Jinsook, 2017; Turley & Fisher, 2018; etc.). This article examines the correlation between the degree of ideological commitment amongst social media users and the nature of their Twitter conversations on a given issue. The analysis focuses on Twitter conversations generated by feminists, influencers, journalists and politicians in reaction to the controversial sentencing of the Wolf Pack (La Manada) –a gang of men involved in a sexual assault perpetrated during the San Fermín festival in Pamplona. Big data techniques were used to explore the nature of messages containing four highly charged hashtags central to feminist discourse on this issue: #YoSiTeCreo (Yes, I believe you), #HermanaYoSíTeCreo (Yes, sister, I believe you), #Cuéntalo (Talk about it) and #NoEstásSola (You are not alone). Our findings indicate that the levels of ideological commitment of Twitter users participating in what was essentially a feminist conversation varied to an extent that impeded serious interaction amongst them, either online or offline. From the perspective of communication strategy, feminist hashtag activism would appear to be an intermediate step in a longer process of creating a higher consciousness regarding gender equality issues in Spain.