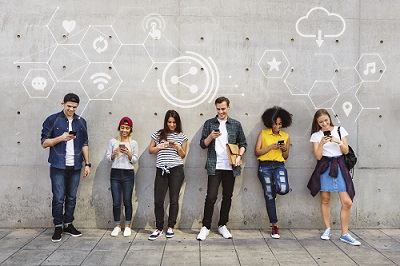 The technological, economic and credibility crises that media organisations (Franklin, 2014; Carson, 2015; Cage, 2016; Creech and Nadler, 2018) have been simultaneously grappling with during this period have coincided with the rise of a new actors (Johnston, 2017) and platforms with a vast potential for global communication such as Google and Facebook (Swart et al., 2018; Belair-Gagnon et al, 2018) and the empowerment of audiences ready and able to generate content on an unprecedented scale, especially via social networks (Duffy, 2017; Nölleke et al., 2017). While conventional newspapers have attempted to cope with the ongoing transformation of the news market (Belair-Gagnon, 2015) by implementing tepid innovations, their bid to maintain control over the defining aspects of journalistic practice has been constantly checked by the constant entry of new platforms, the proliferation of new spaces for debate and audiences’ growing appetite for sharing selfgenerated content.

The dilution of the once dominant voice of conventional media and the growing protagonism of other actors in this highly competitive environment (Wu et al., 2018) has provoked a heated debate concerning certain basic tenets that have traditionally underpinned news sector activity such as the veracity of content and the pluralism associated with the social function of journalism (Usher, 2018; Gutsche and Hess, 2018). In a media ecosystem in which new and old players compete and collaborate with each other (Belair-Gagnon & Holton, 2018), we are faced with the paradox of an onrush of dangers such as disinformation and a decline of pluralism in tandem with the exponential growth of news content.

in this context, he overall objective of this project is to map out an accurate picture of how news content is being created, distributed, commented upon and shared within the current hybrid media system. To that end, we have defined the following four tasks:

▶ Describe the news strategies online media have adopted at the organisational and content creation level, especially those associated with their relationships with new actors participating in the system and the manner in which they incorporate the content these newcomers generate into the overall content they offer their audiences.
▶ Determine, by means of an analysis of emergent digital public spheres, the ways in which audiences receive, analyse and share news generated by all actors operating within the system and the manner to which social media platforms contribute to a higher level of pluralism.
▶ Examine the journalistic impact of disinformation, one of the main consequences of the hybrid media system, examining the degree of transparency and security applied in professional practices, tools, platforms and policies.
▶ Analyse the social, economic and technological changes that have given rise to the emergence of a hybrid media system in which the number of participating actors has exponentially increased and the roles they play and their relationships with audiences have both been altered – an ecosystem in which a growing number of agents have the tools, capacity and means to generate news content on an equal basis.

News, networks and users in the Hybrid Media System (NEWSNET) is a Project funded by the Spanish Ministry of Science, Innovation And Universities (RTI2018-095775-B-C41/42/44)